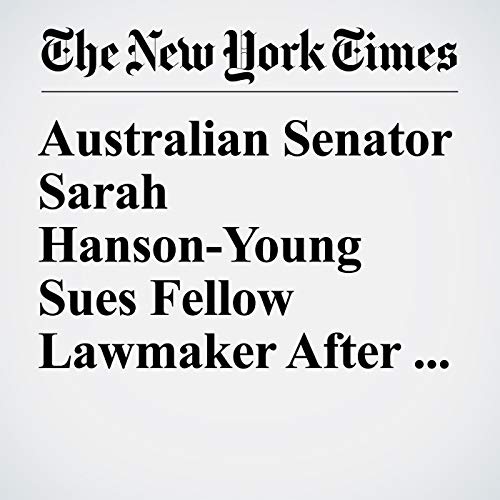 SYDNEY, Australia — An Australian senator filed a defamation suit Wednesday against a fellow lawmaker who she says made a sexist remark to her on the Senate floor during a debate about violence against women.

"Australian Senator Sarah Hanson-Young Sues Fellow Lawmaker After Sexist Remark" is from the August 01, 2018 World section of The New York Times. It was written by Jacqueline Williams and narrated by Keith Sellon-Wright.