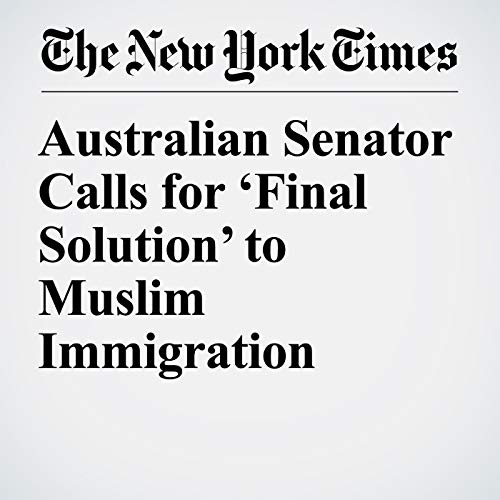 SYDNEY — An Australian lawmaker invoked a Nazi euphemism for genocide on Tuesday, calling for a “final solution to the immigration problem” during a speech in Parliament in which he proposed a national plebiscite on banning all Muslims from entering the country.

"Australian Senator Calls for ‘Final Solution’ to Muslim Immigration" is from the August 15, 2018 World section of The New York Times. It was written by Isabella Kwai and narrated by Kristi Burns.