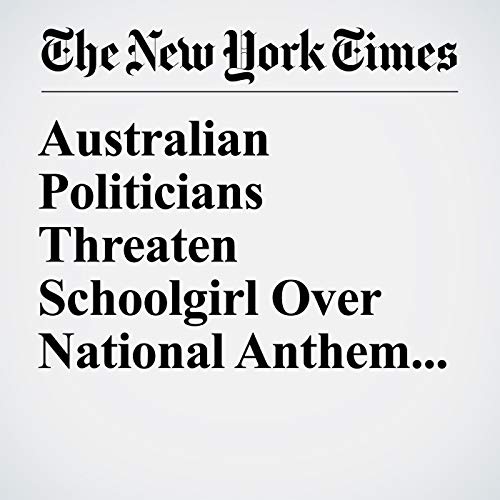 SYDNEY — A 9-year-old Australian schoolgirl whose refusal to stand for the singing of the national anthem has stirred a nationwide debate said Thursday that she would continue to protest the song she said was racist even if it meant being kicked out of school..

"Australian Politicians Threaten Schoolgirl Over National Anthem Protest" is from the September 13, 2018 World section of The New York Times. It was written by Isabella Kwai and narrated by Kristi Burns.