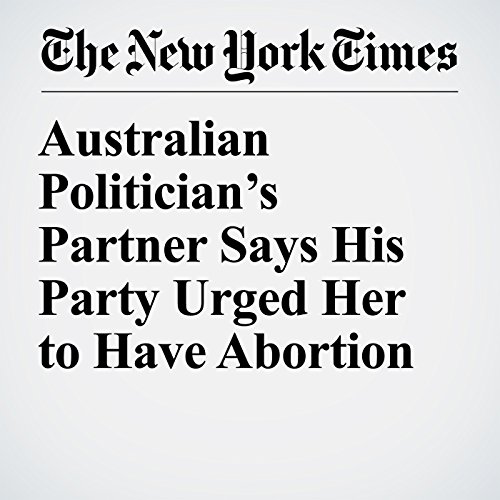 MELBOURNE, Australia — The partner of Australia’s former deputy prime minister has said that she was pressured by members of the conservative National Party to have an abortion after she became pregnant during their extramarital affair.

"Australian Politician’s Partner Says His Party Urged Her to Have Abortion" is from the June 04, 2018 World section of The New York Times. It was written by Adam Baidawi and narrated by Keith Sellon-Wright.