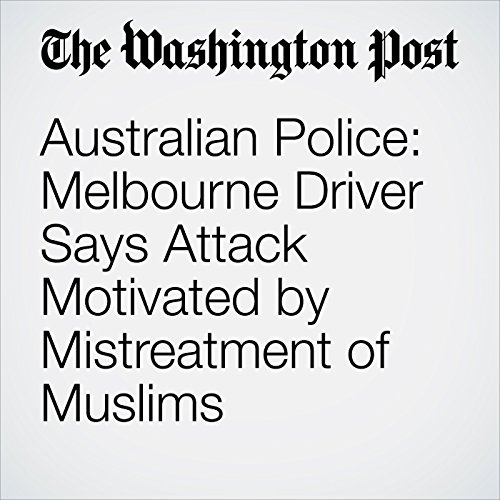 A refugee from Afghanistan who plowed a car through a teeming intersection in the heart of Australia’s second-largest city made rambling references to God, the mistreatment of Muslims and Australia’s domestic security service after he was arrested, officials said Friday.

"Australian Police: Melbourne Driver Says Attack Motivated by Mistreatment of Muslims" is from the December 22, 2017 World section of The Washington Post. It was written by A. Odysseus Patrick and narrated by Jenny Hoops.