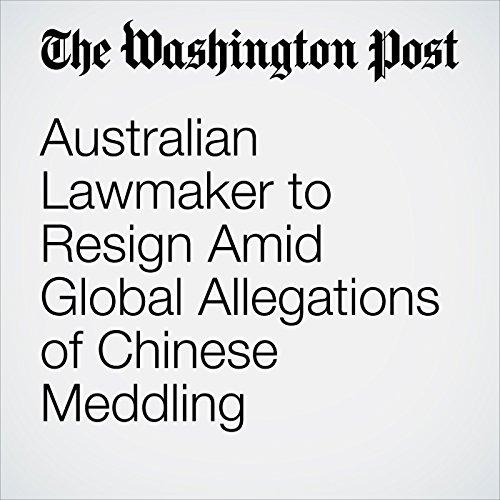 Australia’s attempt to curb China’s growing influence in its political system claimed its first scalp on Tuesday, as a prominent opposition lawmaker pledged to quit over allegations that he was bought by Chinese money.

"Australian Lawmaker to Resign Amid Global Allegations of Chinese Meddling" is from the December 12, 2017 World section of The Washington Post. It was written by Simon Denyer and narrated by Sam Scholl.