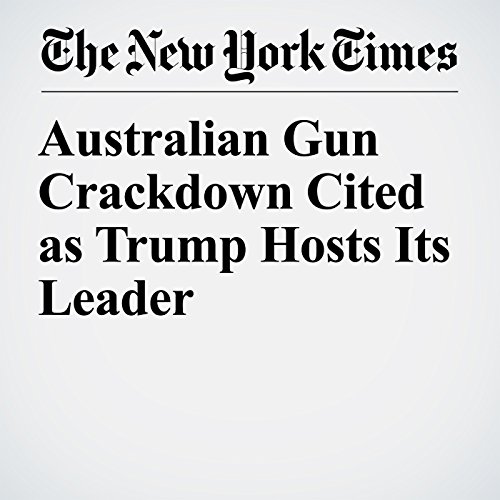 One of the most powerful moments during President Donald Trump’s meeting with survivors and relatives of the Florida school shooting this week came when a student pleaded with the president to do what Australia did after a similar tragedy.

"Australian Gun Crackdown Cited as Trump Hosts Its Leader" is from the February 23, 2018 World section of The New York Times. It was written by Peter Baker, Damien Cave and narrated by Barbara Benjamin-Creel.