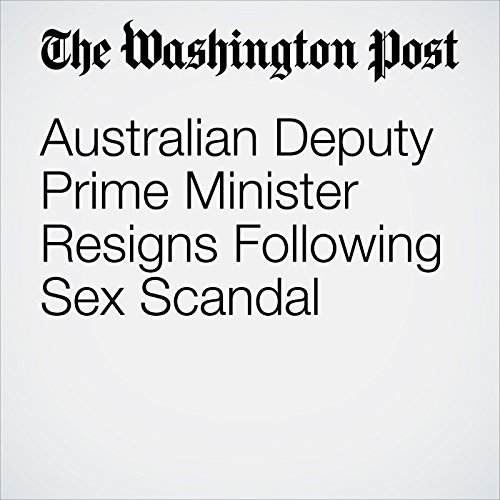 Australia’s deputy prime minister resigned Friday after being undermined by a sex scandal that triggered a ban on sex between government ministers and their personal staff and a national debate over exposing politicians’ bedroom behavior.

"Australian Deputy Prime Minister Resigns Following Sex Scandal" is from the February 22, 2018 World section of The Washington Post. It was written by A. Odysseus Patrick and narrated by Jenny Hoops.