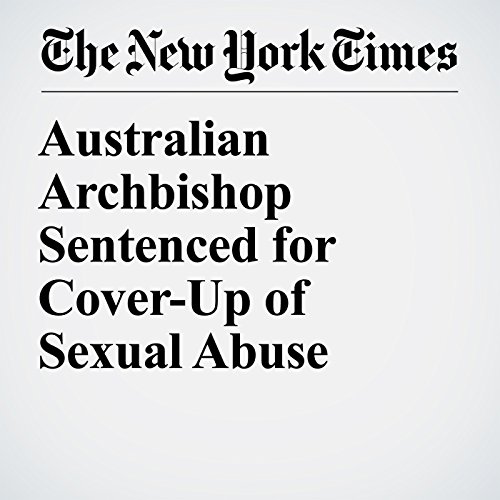 MELBOURNE, Australia — The highest-ranking Catholic official to have been found guilty of concealing sexual crimes against children was sentenced to 12 months in detention by an Australian court on Tuesday.

"Australian Archbishop Sentenced for Cover-Up of Sexual Abuse" is from the July 02, 2018 World section of The New York Times. It was written by Adam Baidawi and narrated by Barbara Benjamin-Creel.