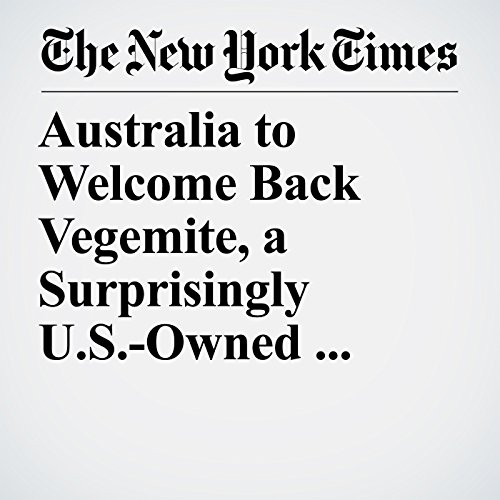 Australia to Welcome Back Vegemite, a Surprisingly U.S.-Owned Spread

On Thursday, Mondelez, the Illinois company that owns Vegemite, said it would sell the spread to Bega Cheese Limited, an Australian dairy company, among other brands for nearly $350 million. The news was greeted with approval in Australia, where Vegemite is made and where almost all of it is consumed.

"Australia to Welcome Back Vegemite, a Surprisingly U.S.-Owned Spread" is from the January 19, 2017 Business section of The New York Times. It was written by Michelle Innis and narrated by Fleet Cooper.