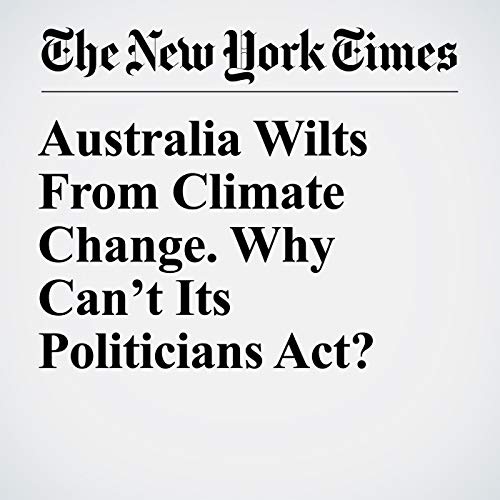 SYDNEY — Mile after mile of the Great Barrier Reef is dying amid rising ocean temperatures. Hundreds of bush fires are blazing across Australia’s center, in winter, partly because of a record-breaking drought.The global scientific consensus is clear: Australia is especially vulnerable to climate change.

"Australia Wilts From Climate Change. Why Can’t Its Politicians Act?" is from the August 21, 2018 World section of The New York Times. It was written by Damien Cave and narrated by Kristi Burns.