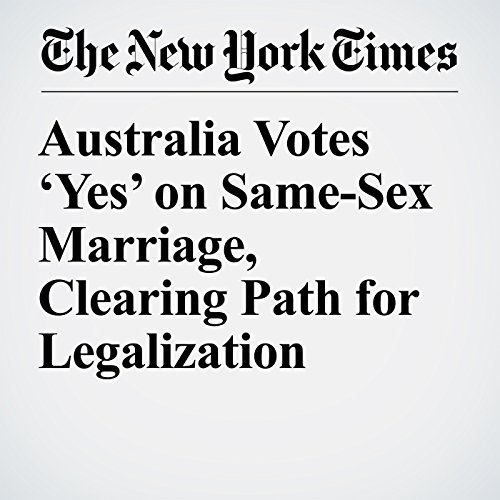 A solid majority of Australians voted in favor of same-sex marriage in a historic survey that, while not binding, paves the way for Parliament to legally recognize the unions of gay and lesbian couples.

"Australia Votes ‘Yes’ on Same-Sex Marriage, Clearing Path for Legalization" is from the November 15, 2017 World section of The New York Times. It was written by Adam Baidawi and Damien Cave and narrated by Kristi Burns.