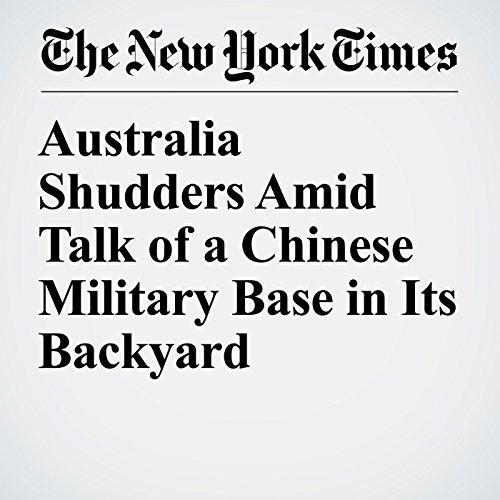 SYDNEY — The Australian government has warned China against building a military base in the South Pacific following a report that the Chinese had approached the tiny island nation of Vanuatu about establishing an outpost there.

"Australia Shudders Amid Talk of a Chinese Military Base in Its Backyard" is from the April 11, 2018 World section of The New York Times. It was written by Jacqueline Williams and narrated by Fleet Cooper.