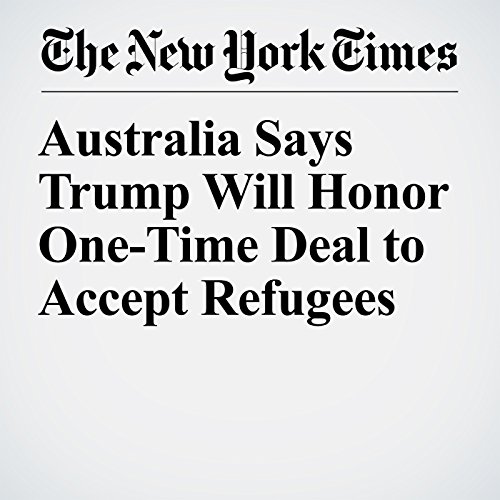 President Donald Trump confirmed that his administration would honor a refugee resettlement deal for the U.S. to accept migrants Australia has detained on the Pacific islands of Nauru and Manus, the Australian prime minister said Monday.

"Australia Says Trump Will Honor One-Time Deal to Accept Refugees" is from the January 30, 2017 World section of The New York Times. It was written by Jacqueline Williams and narrated by Keith Sellon-Wright.