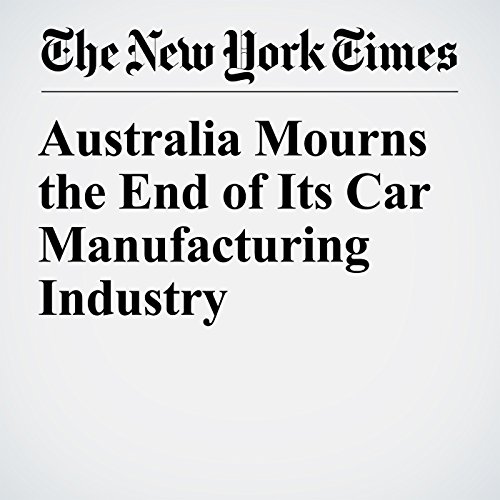 Kane Butterfield started working for Holden at 19 in a small South Australian town built around making the distinctly Australian cars. But on Friday, after 17 years with the company at its Adelaide auto plant, he and hundreds of other employees bid it farewell, as the factory officially closed, putting an end to car manufacturing in Australia.

"Australia Mourns the End of Its Car Manufacturing Industry" is from the October 20, 2017 Business section of The New York Times. It was written by Jacqueline Williams and narrated by Kristi Burns.