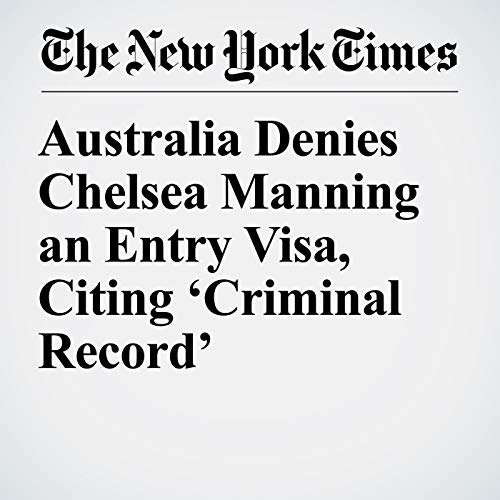 SYDNEY — The Australian government said Wednesday that it would not grant a visa to Chelsea Manning, a former U.S. soldier sentenced to prison for sharing classified government documents, because she failed a character test required for entry.

"Australia Denies Chelsea Manning an Entry Visa, Citing ‘Criminal Record’" is from the August 30, 2018 World section of The New York Times. It was written by Isabella Kwai and narrated by Kristi Burns.