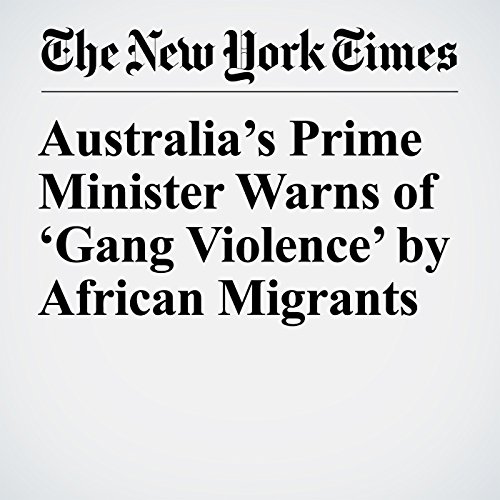 Australia’s prime minister has warned of the threat posed by African migrants forming criminal gangs in one of the country’s most populous states, but had little statistical evidence to support his claim, leading to accusations of fearmongering and counterclaims of political correctness.

"Australia’s Prime Minister Warns of ‘Gang Violence’ by African Migrants" is from the January 04, 2018 World section of The New York Times. It was written by Adam Baidawi and narrated by Keith Sellon-Wright.