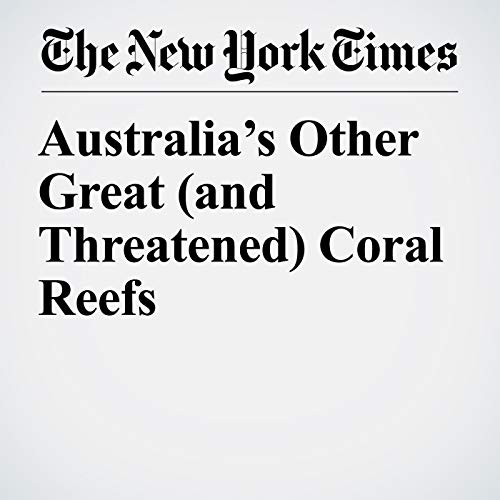 MELBOURNE, Australia — The United Nations issued a dire alert Monday, warning that many of the world’s coral reefs could die as soon as 2040 as a result of climate change.

"Australia’s Other Great (and Threatened) Coral Reefs" is from the October 08, 2018 World section of The New York Times. It was written by Livia Albeck Ripka and narrated by Keith Sellon-Wright.