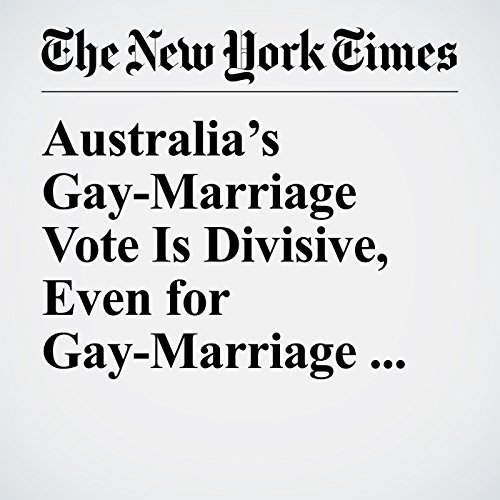 Polls show broad public support for same-sex marriage. Politicians say they’re determined to let the people have their say. So why are so many Australians who want the law changed unhappy with plans for a national vote on it?

"Australia’s Gay-Marriage Vote Is Divisive, Even for Gay-Marriage Backers" is from the August 10, 2017 World section of The New York Times. It was written by Jacqueline Williams and narrated by Keith Sellon-Wright.