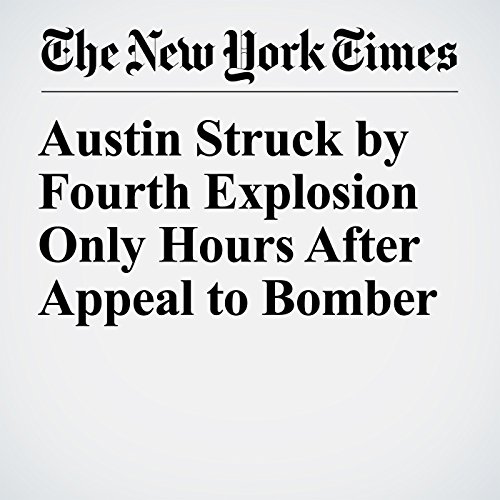 AUSTIN, Texas — An explosion Sunday night injured two people in a neighborhood in southwest Austin, just hours after law enforcement officials made an unusual direct appeal to whoever was responsible for several deadly package explosions this month that have kept the Texas capital on edge.

"Austin Struck by Fourth Explosion Only Hours After Appeal to Bomber" is from the March 19, 2018 U.S. section of The New York Times. It was written by Dave Montgomery, Manny Fernandez and Matthew Haag and narrated by Keith Sellon-Wright.