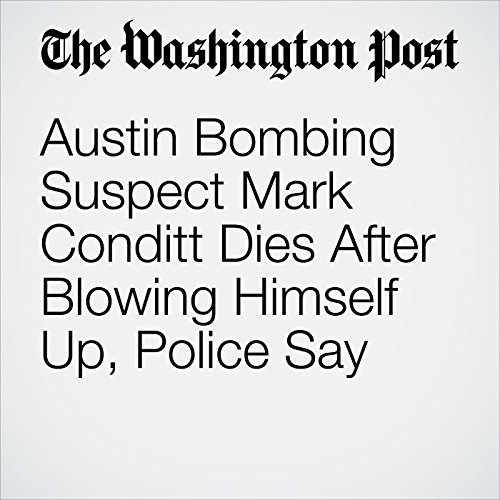 ROUND ROCK, Tex. — The suspected serial bomber who terrorized Austin with a string of exploding packages died early Wednesday after detonating an explosive device in his vehicle as police closed in on him, authorities said.

"Austin Bombing Suspect Mark Conditt Dies After Blowing Himself Up, Police Say" is from the March 21, 2018 National section of The Washington Post. It was written by Kristine Phillips, Mark Berman, Meagan Flynn, Eva Ruth Moravec and narrated by Sam Scholl.