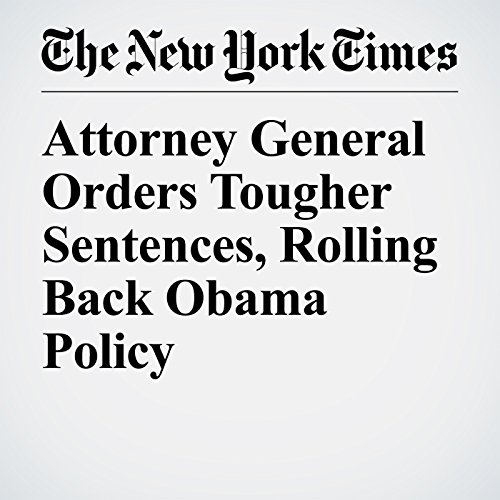 "Attorney General Orders Tougher Sentences, Rolling Back Obama Policy" is from the May 12, 2017 U.S. section of The New York Times. It was written by Rebecca R. Ruiz and narrated by Barbara Benjamin-Creel.