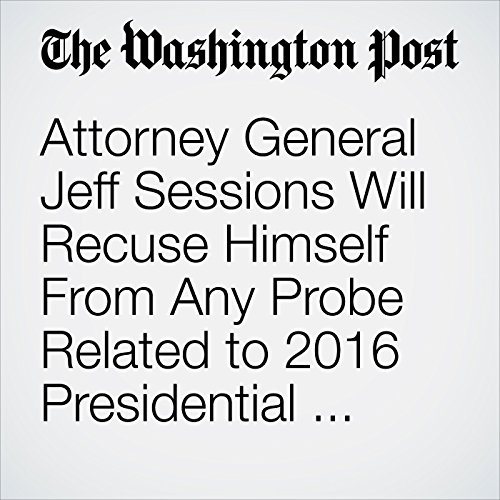 Speaking at a hastily-called press conference at the Justice Department, Sessions said he had met with department ethics officials soon after being sworn in last month to evaluate the rules and cases in which he might have a conflict.

"Attorney General Jeff Sessions Will Recuse Himself From Any Probe Related to 2016 Presidential Campaign " is from the March 02, 2017 Politics section of The Washington Post. It was written by Karoun Demirjian, Ed O'Keefe, Sari Horwitz and Matt Zapotosky and narrated by Sam Scholl.