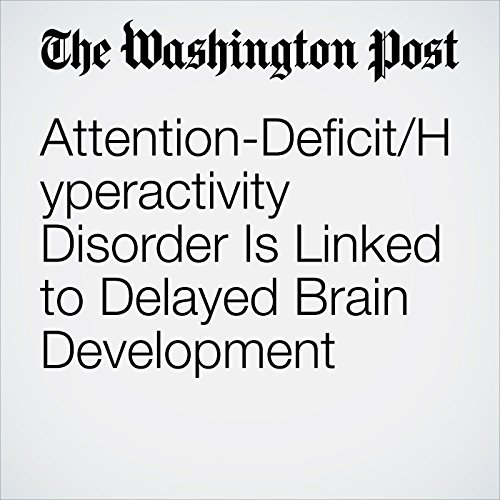 For the first time, scientists can point to substantial empirical evidence that people with attention-deficit/hyperactivity disorder have brain structures that differ from those of people without ADHD. The common disorder, they conclude, should be considered a problem of delayed brain maturation and not, as it is often portrayed, a problem of motivation or parenting.

"Attention-Deficit/Hyperactivity Disorder Is Linked to Delayed Brain Development" is from the February 15, 2017 Health & Science section of The Washington Post. It was written by Amy Ellis Nutt and narrated by Jenny Hoops.