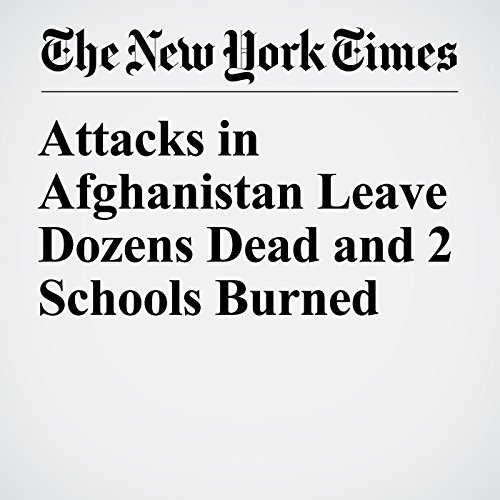 "Attacks in Afghanistan Leave Dozens Dead and 2 Schools Burned" is from the April 15, 2018 World section of The New York Times. It was written by Najim Rahim and Jawad Sukhanyar and narrated by Keith Sellon-Wright.