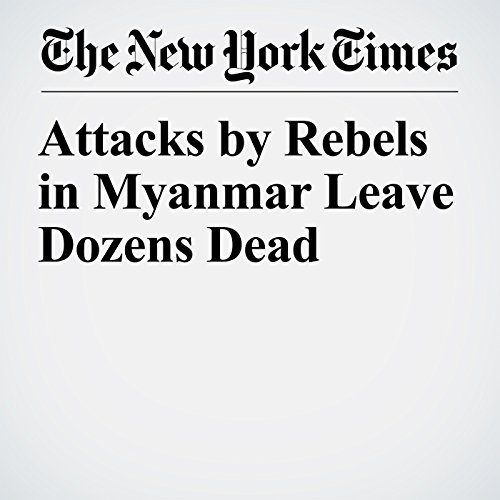 Thirty people were killed during a rebel group’s attacks on a town in eastern Myanmar on Monday, the government said, in an escalation of a long-running conflict that had already forced tens of thousands of refugees to flee into neighboring China.

"Attacks by Rebels in Myanmar Leave Dozens Dead" is from the March 07, 2017 World section of The New York Times. It was written by Wai Moe and Mike Ives and narrated by Keith Sellon-Wright.