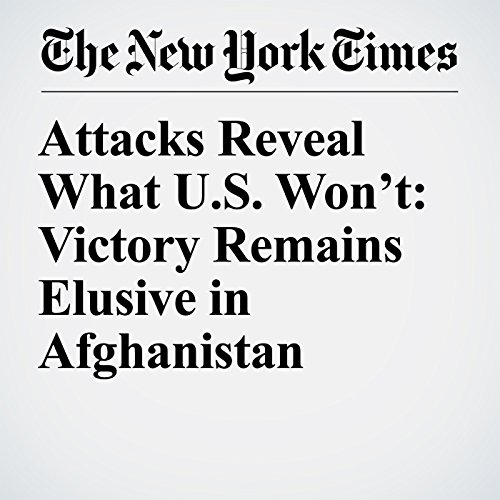 The Taliban is in retreat, the Afghan military is on the brink of assuming control of the country, and the government in Kabul is one step away from being able to provide security across the land. So three successive presidential administrations have said over 16 years about the war in Afghanistan.

"Attacks Reveal What U.S. Won’t: Victory Remains Elusive in Afghanistan" is from the January 29, 2018 World section of The New York Times. It was written by Helene Cooper and narrated by Keith Sellon-Wright.