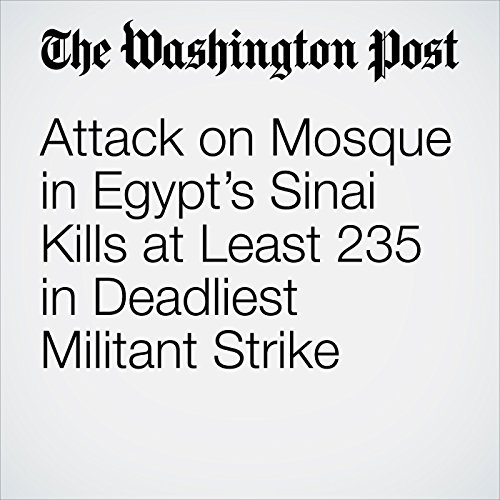 Militants set off a blast and gunned down fleeing worshipers at a crowded mosque in Egypt’s northern Sinai Peninsula on Friday, killing at least 235 people in what could mark the deadliest single assault on Egyptian civilians by suspected Islamist extremists.

"Attack on Mosque in Egypt’s Sinai Kills at Least 235 in Deadliest Militant Strike" is from the November 24, 2017 Middle East section of The Washington Post. It was written by Heba Farouk Mahfouz and Kareem Fahim and narrated by Jenny Hoops.