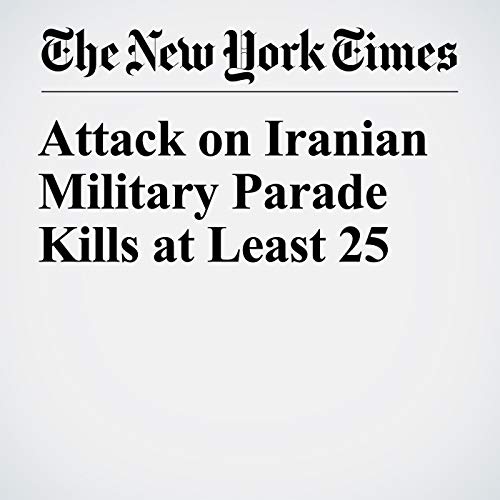 Gunmen killed at least 25 people and wounded 60 on Saturday in an attack on a military parade in a restive Iranian province that is home to most of the country’s Arab minority, state media said.

"Attack on Iranian Military Parade Kills at Least 25" is from the September 22, 2018 World section of The New York Times. It was written by Richard Pérez Peña and narrated by Kristi Burns.