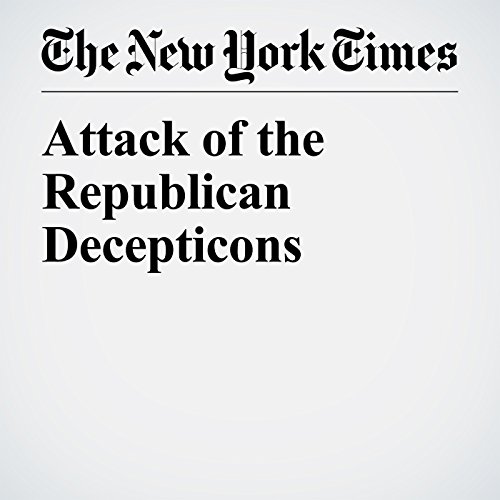 Attack of the Republican Decepticons

Does anyone remember the “reformicons”? A couple of years back there was much talk about a new generation of Republicans who would, it was claimed, move their party off its cruel and mindless agenda of tax cuts for the rich and pain for the poor, bringing back the intellectual seriousness that supposedly used to characterize the conservative movement.

"Attack of the Republican Decepticons" is from the July 06, 2017 Opinion section of The New York Times. It was written by Paul Krugman and narrated by Fleet Cooper.