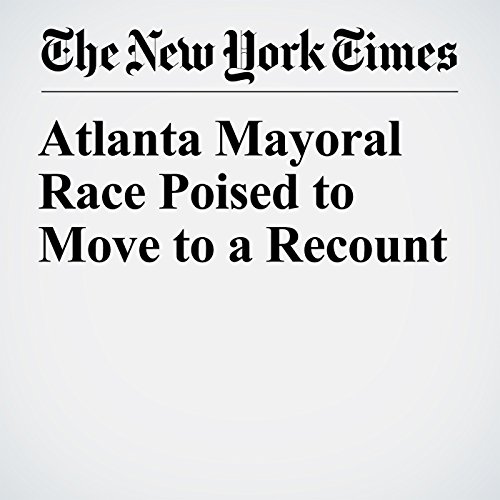 For the second time in eight years, the mayoralty of the South’s most influential city is likely to head to a recount. Fewer than 800 votes separated Keisha Lance Bottoms and Mary Norwood after local officials tallied more than 92,000 ballots that were cast in a runoff election Tuesday, according to unofficial returns.

"Atlanta Mayoral Race Poised to Move to a Recount" is from the December 06, 2017 U.S. section of The New York Times. It was written by Alan Blinder and narrated by Keith Sellon-Wright.