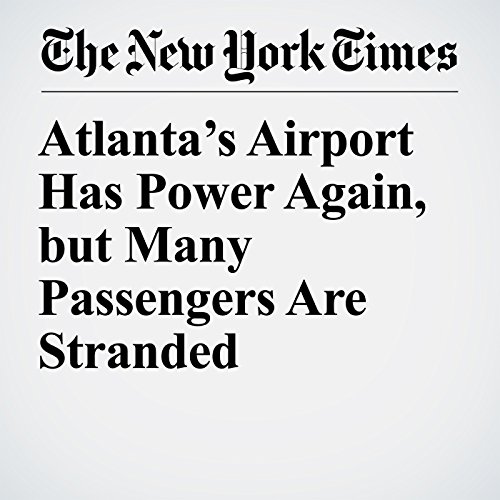 The lights were back on at the world’s busiest airport Monday, and after Sunday’s blackout, it was busier than usual — a lot busier. Hundreds of passengers whose flights were canceled Sunday were jammed into lines that snaked toward distant ticket counters.

"Atlanta’s Airport Has Power Again, but Many Passengers Are Stranded" is from the December 18, 2017 U.S. section of The New York Times. It was written by Alan Blinder and Richard Fausset and narrated by Kristi Burns.