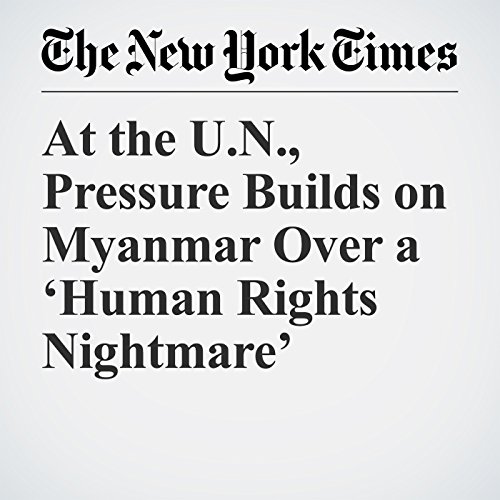 Myanmar’s authorities came under intensifying pressure Thursday over the Rohingya refugee crisis, with the United Nations secretary-general calling it a “human rights nightmare” that has driven more than a half-million civilians into Bangladesh in the past month.

"At the U.N., Pressure Builds on Myanmar Over a ‘Human Rights Nightmare’" is from the September 29, 2017 World section of The New York Times. It was written by Rick Gladstone and Megan Specia and narrated by Barbara Benjamin-Creel.