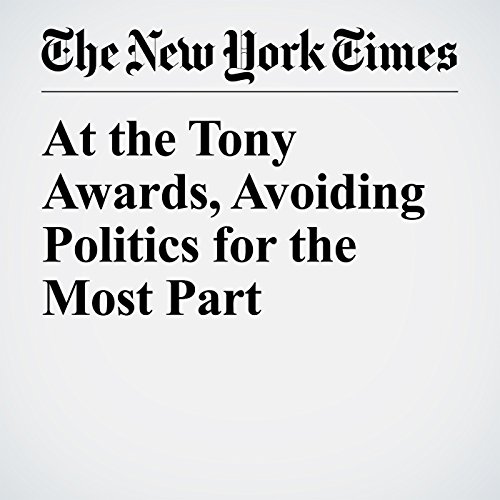 While recent awards shows have featured full-blown attacks on President Donald Trump, including Meryl Streep’s speech at the Golden Globes, few presenters or winners on Sunday chose to address the new administration or other hot-button issues in their appearances.

"At the Tony Awards, Avoiding Politics for the Most Part" is from the June 12, 2017 Entertainment section of The New York Times. It was written by Daniel Victor and Giovanni Russonello and narrated by Kristi Burns.

Cosa pensano gli ascoltatori di At the Tony Awards, Avoiding Politics for the Most Part