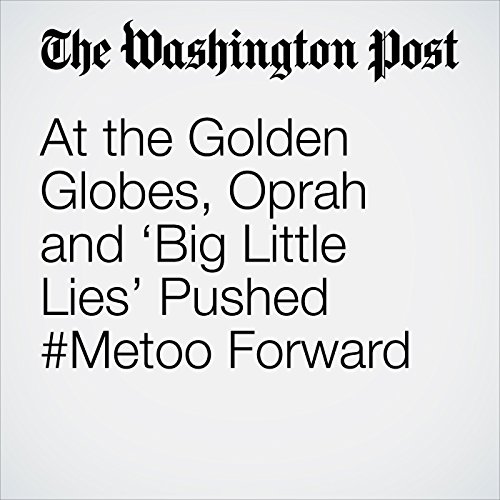 Has there ever been an awards show where the glitz and wins and losses felt more irrelevant than they did at the 2018 Golden Globes? The all-black ensembles on the red carpet and the Time’s Up pins made clear what has been obvious for several months now: that there’s no room for equivocation on sexual harassment in Hollywood, given the industry’s severe problems. (More welcome were activists like #MeToo creator Tarana Burke and Ai-jen Poo, who came to the Golden Globes as actresses’ dates.) Even the early victories for “The Handmaid’s Tale,” which won the awards for best drama series and best actress in a drama for star Elisabeth Moss felt like a dispatch from a distant part of the craziest news cycle in my lifetime.

"At the Golden Globes, Oprah and ‘Big Little Lies’ Pushed #Metoo Forward" is from the January 08, 2018 Opinion section of The Washington Post. It was written by Alyssa Rosenberg and narrated by Sam Scholl.