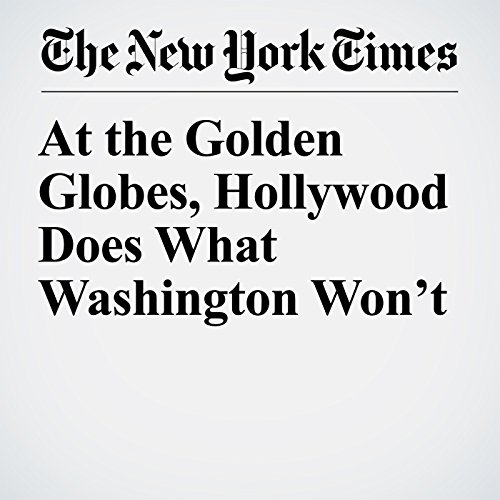 At the Golden Globes, Hollywood Does What Washington Won’t

The story of the past year, beginning with an inaugural speech of darker bile and greater bunk than any in my lifetime, has been the abdication and outsourcing of the moral authority that the presidency of the United States once had.

"At the Golden Globes, Hollywood Does What Washington Won’t" is from the January 08, 2018 Opinion section of The New York Times. It was written by Frank Bruni and narrated by Keith Sellon-Wright.