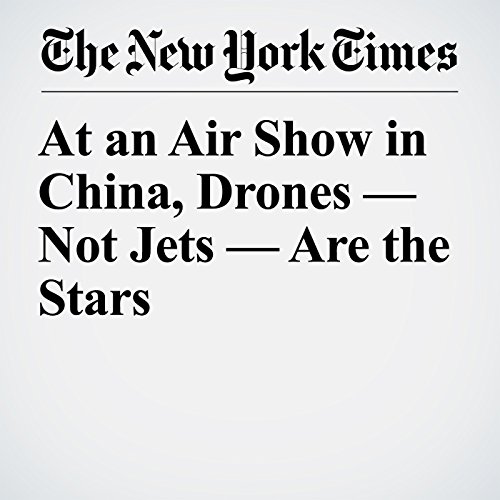 Need more evidence that China is a global force in technology? Just listen for the low whine of tiny propellers. And look up. At the World Fly-In Expo, an air show held in the central Chinese city of Wuhan last month, jets, hot air balloons, autogiros and ultralight planes were upstaged by Chinese-made drones.

"At an Air Show in China, Drones — Not Jets — Are the Stars" is from the December 28, 2017 World section of The New York Times. It was written by Lam Yik Fei and Raymond Zhong and narrated by Kristi Burns.

Cosa pensano gli ascoltatori di At an Air Show in China, Drones — Not Jets — Are the Stars