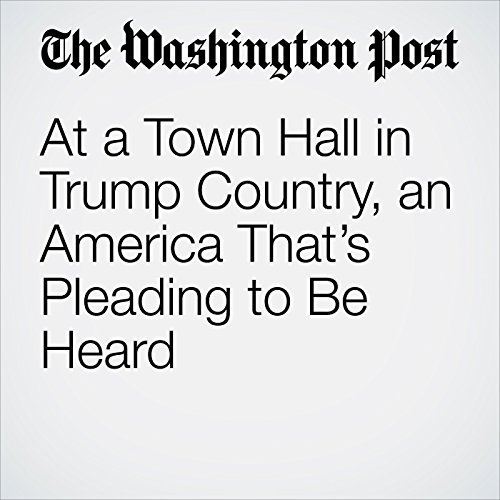 Kimberly Wyman was first in line, eight hours early. She wore a black T-shirt with pink letters declaring: “A woman’s place is in the revolution.” She represented many of the people who would queue up behind her on Blackstone’s Main Street: newly involved in politics, hostile to both President Trump and any Republican who supports him, and propelled to action by loose online organizing — such as local “huddles” birthed by January’s women’s march, action plans propagated by the “Indivisible” grass-roots movement and outgrowths of the Facebook group Pantsuit Nation (like Together We Will).

"At a Town Hall in Trump Country, an America That’s Pleading to Be Heard" is from the February 22, 2017 Politics section of The Washington Post. It was written by Dan Zak and Terence Samuel and narrated by Jenny Hoops.

Cosa pensano gli ascoltatori di At a Town Hall in Trump Country, an America That’s Pleading to Be Heard