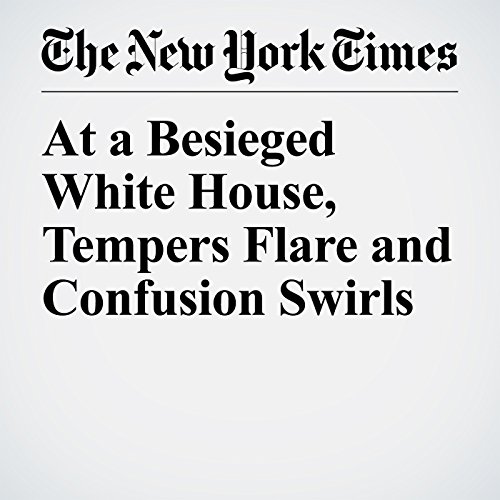 The disclosure that President Donald Trump divulged classified intelligence to two high-ranking Russian officials was a new blow to an already dispirited and besieged White House staff still recovering from the uproar and recriminations from the president’s firing of James B. Comey, the FBI director.

"At a Besieged White House, Tempers Flare and Confusion Swirls" is from the May 16, 2017 U.S. section of The New York Times. It was written by Glenn Thrush and Maggie Haberman and narrated by Keith Sellon-Wright.