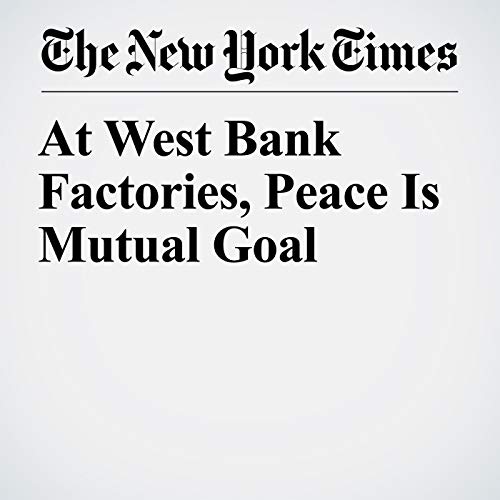 BARKAN, West Bank — An Israeli-run factory in the West Bank asks its Jewish employees on military reserve duty not to drop by in uniform so the Palestinian workers won’t feel occupied, according to one Israeli manager.

"At West Bank Factories, Peace Is Mutual Goal" is from the October 13, 2018 World section of The New York Times. It was written by Isabel Kershner and narrated by Keith Sellon-Wright.