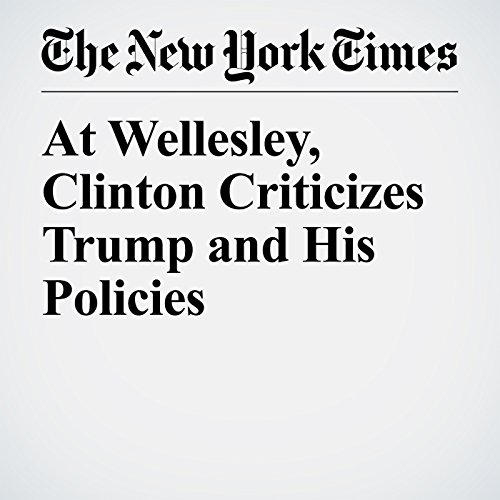 Hillary Clinton returned to her alma mater Friday to the same ceremony where she began her political career almost a half-century ago.“I couldn’t think of any place I’d rather be this year than right here,” she told the graduates to thunderous applause.

"At Wellesley, Clinton Criticizes Trump and His Policies" is from the May 26, 2017 U.S. section of The New York Times. It was written by Jess Bidgood and Katharine Q. Seelye and narrated by Barbara Benjamin-Creel.