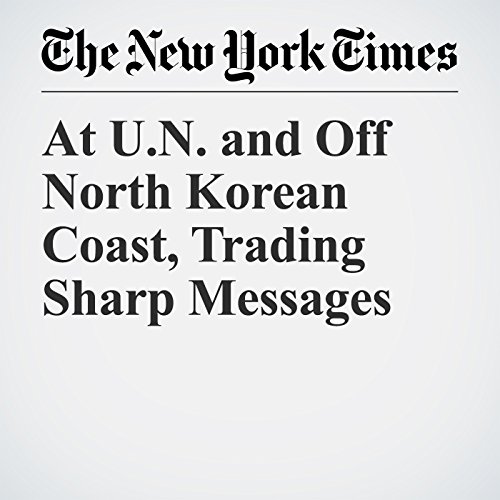 U.S. warplanes flew close to North Korea’s coast Saturday, the same day that the North’s foreign minister told the U.N. General Assembly that President Donald Trump’s threats against the country were “making our rocket’s visit to the entire U.S. mainland inevitable all the more.”

"At U.N. and Off North Korean Coast, Trading Sharp Messages" is from the September 24, 2017 World section of The New York Times. It was written by Choe Sang Hun and Jane Perlez and narrated by Kristi Burns.