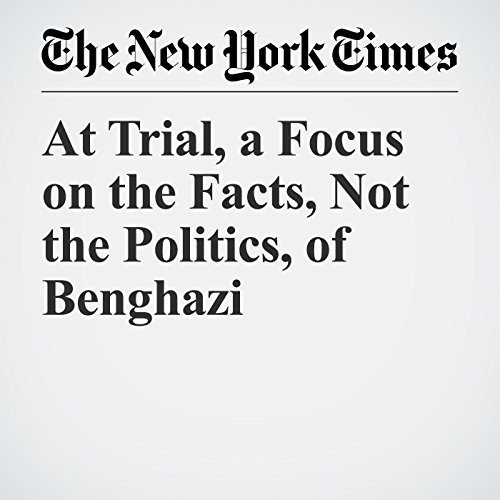 Almost from the moment that Islamist militants overran the U.S. consulate and assaulted a CIA annex in Benghazi, Libya, in September 2012, politics consumed the deadly attacks. Using the event as partisan ammunition, Republicans and conservative media outlets sought to make the city’s name synonymous with Democratic scandal.

"At Trial, a Focus on the Facts, Not the Politics, of Benghazi" is from the October 01, 2017 World section of The New York Times. It was written by Charlie Savage and Adam Goldman and narrated by Kristi Burns.

Cosa pensano gli ascoltatori di At Trial, a Focus on the Facts, Not the Politics, of Benghazi