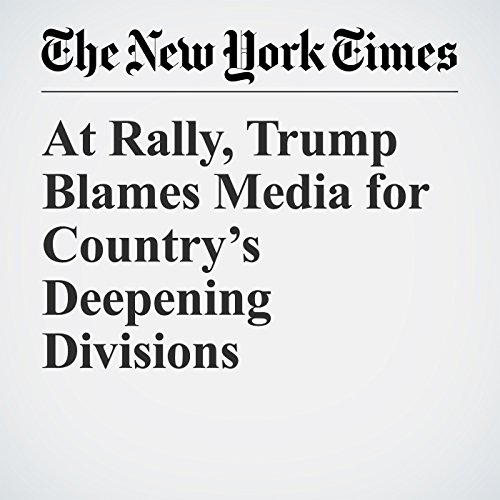 President Donald Trump, stung by days of criticism that he sowed racial division in the United States after deadly clashes in Charlottesville, Virginia, accused the news media Tuesday of misrepresenting what he insisted was his prompt, unequivocal condemnation of bigotry and hatred.

"At Rally, Trump Blames Media for Country’s Deepening Divisions" is from the August 23, 2017 U.S. section of The New York Times. It was written by Mark Landler and Maggie Haberman and narrated by Keith Sellon-Wright.