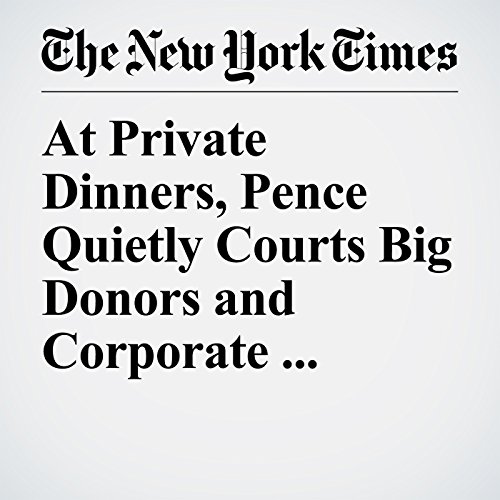 Vice President Mike Pence has been courting scores of the country’s most influential donors, corporate executives and conservative political leaders over the past several months in a series of private gatherings and one-on-one conversations.

"At Private Dinners, Pence Quietly Courts Big Donors and Corporate Executives" is from the July 09, 2017 U.S. section of The New York Times. It was written by Kenneth P. Vogel and narrated by Kristi Burns.