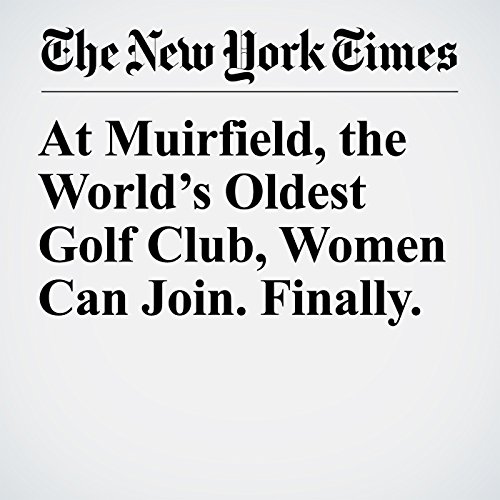 At the world’s oldest golf club, no amount of money was enough to allow a woman to become a member. Until now.

"At Muirfield, the World’s Oldest Golf Club, Women Can Join. Finally." is from the March 14, 2017 Sports section of The New York Times. It was written by Amie Tsang and narrated by Fleet Cooper.