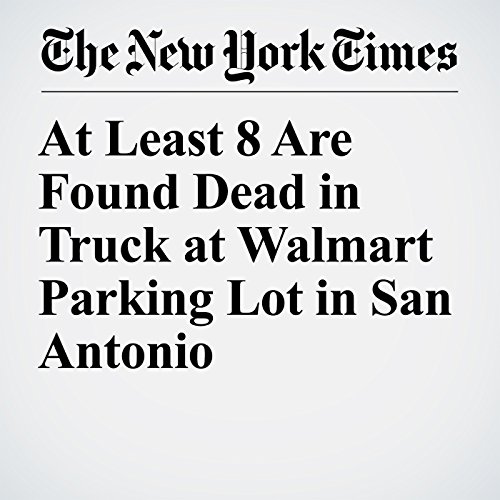 San Antonio authorities discovered at least eight bodies in an overheated tractor-trailer in a Walmart parking lot on Sunday morning in what the police chief called a “horrific” human trafficking crime.

"At Least 8 Are Found Dead in Truck at Walmart Parking Lot in San Antonio" is from the July 23, 2017 U.S. section of The New York Times. It was written by Manny Fernandez and Yonette Joseph and narrated by Kristi Burns.