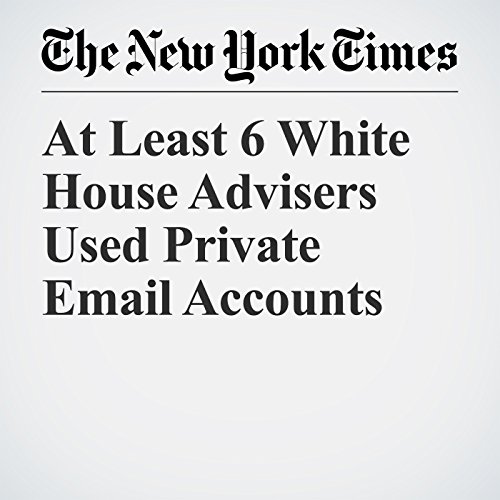 "At Least 6 White House Advisers Used Private Email Accounts" is from the September 25, 2017 U.S. section of The New York Times. It was written by Matt Apuzzo and Maggie Haberman and narrated by Keith Sellon-Wright.