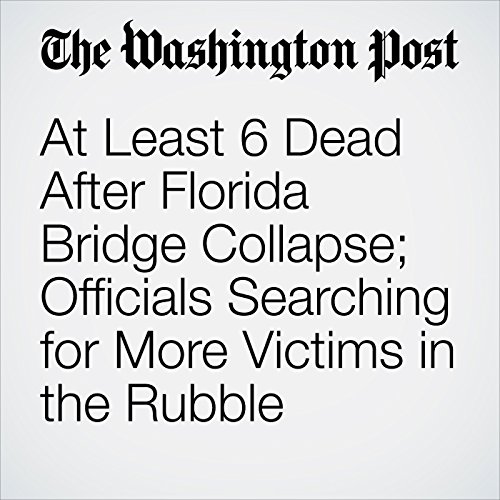 MIAMI — As federal officials began investigating the catastrophic collapse of a pedestrian bridge here, authorities made a grim announcement: The death toll has climbed to six — and more victims may be buried in the rubble.

"At Least 6 Dead After Florida Bridge Collapse; Officials Searching for More Victims in the Rubble" is from the March 16, 2018 National section of The Washington Post. It was written by Francisco Alvarado, Susan Svrluga, Faiz Siddiqui, J. Freedom du Lac and narrated by Jenny Hoops.