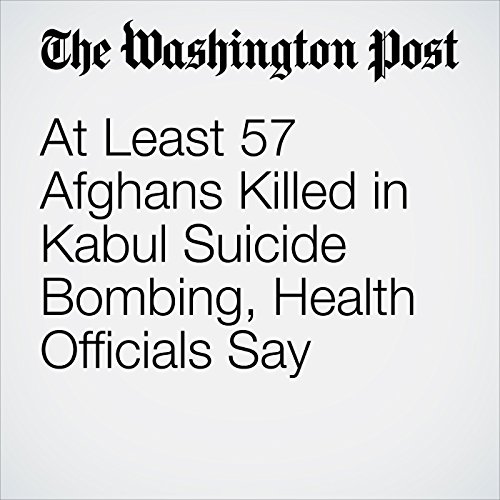 KABUL — At least 57 people waiting to obtain national voter ID cards died Sunday in a sidewalk suicide bombing in the Afghan capital, the Public Health Ministry said. Another 119 were reported wounded in the blast, which immediately raised questions about whether the government will be able to secure the registration and voting process.

"At Least 57 Afghans Killed in Kabul Suicide Bombing, Health Officials Say" is from the April 22, 2018 World section of The Washington Post. It was written by Sayed Salhuddin and Pamela Constable and narrated by Sam Scholl.